The Blog of the LaRTIC

LaRTIC researchers give their points of view

Digital twins: the next step in construction after BIM?

The concept of digital twins is better known in the manufacturing industry, and is having a growing success in the context of the fourth industrial revolution (industry 4.0), characterized by an increased use of technologies allowing ubiquitous connectivity for decentralized and real time decision-making. Thus, Construction 4.0 uses such connectivity to establish a decentralized connection between the cyberspace and the physical world. This possibility, combined with the success of other technological approaches such as BIM, creates favorable conditions for the use of digital twins in construction.

A digital twin can be defined as a digital replica of an object, a process or a system, with which it maintains a living link in order to provide the elements and the dynamics of its functioning throughout its life cycle. The link is based on a connection allowing data to be generated in real time using sensors. This data is transmitted transparently, allowing the virtual entity (the digital twin) to exist simultaneously with the real entity (the physical twin). Several technologies are associated with digital twinning, including the Internet of Things (IoT), machine learning and artificial intelligence (AI), data analysis and computer simulation, cyber physical systems (CPS), etc.

3 natures for 5 levels of complexity

In general, there are 3 natures of digital twins:

5 levels of complexity have been identified in the maturity model proposed by IDC:

Towards an international agenda

After having to use BIM level 2 in public construction projects, the British National Commission for Infrastructure recommended in 2017 the development of a "Digital Twin National". The aim is to manage the entire infrastructure system in the UK. The approach adopted consists in creating a secure and federated digital twin, based on an ecosystem of several digital twins developed and managed by different clients (government agencies, municipalities, etc.). These digital twins will be connected by data exchanged securely and presented at different levels of granularity. 9 guiding principles have been defined (known as Gemini Principles) by the Center for Digital Built Britain. These principles are expressed in terms of objective (public good, value creation, vision), trust (security, openness, quality) and function (federation, conservation, evolution). The Institute for Manufacturing (IfM) building is being used as a pilot project.

The European Commission recently launched a large-scale call for projects entitled Digital Building Twins, through its Horizon 2020 framework program, on the use of digital twins in the construction phase.

Moreover, a large consortium was created in May 2020, called the Digital Twin Consortium, made up of around sixty companies including Ansys, Dell, Microsoft, Lendlease, the University of Melbourne, the US Air Force Research Lab. The goal of the consortium is to accelerate the dissemination and the development of digital twins in general, through better standardization.

The objective of LaRTIC: Develop, evaluate, test and transfer the most advanced technologies

to improve the productivity, the efficiency and the quality of construction projects.

Understand the industry, to adapt the technologies. 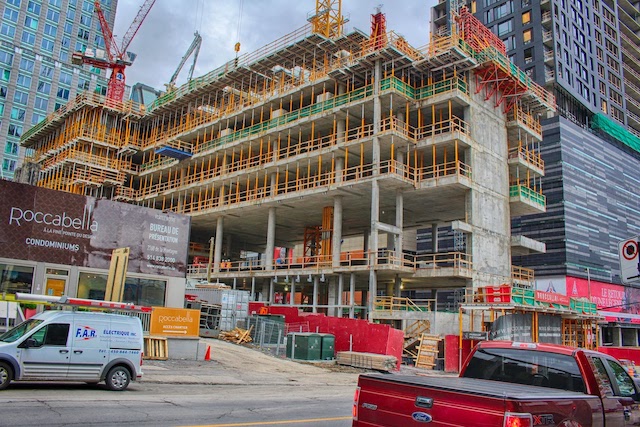